The Empress of Chinatown. 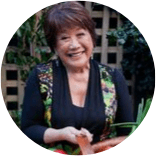 Member of the Order of Australia for significant service to the hospitality sector, and to the promotion of Chinese cuisine.

Elizabeth Chong AM is regarded as Australia’s leading teacher of Chinese cuisine and is one of the most loved and enduring personalities of the Australian food industry scene. In Melbourne’s Chinatown, she is affectionately known as ‘The Empress of Chinatown’.

Elizabeth embraces the many aspects of food both in Australia and overseas. Her numerous books, publications and articles can be found in thousands of homes everywhere. In 1994, her book, The Heritage of Chinese Cooking, was awarded the prestigious Prix La Mazille as International Cookbook of the Year.

Elizabeth regularly appeared as a celebrity chef on Channel 10’s Good Morning Australia with host Bert Newton. It is not uncommon to hear Elizabeth on radio where she continues to appear as a special guest.

Elizabeth regularly conducts tours of the Chinatown precinct in Melbourne and runs a highly successful cooking school. Since 1961, she has taught over 35,000 Australian students the art of preparing and appreciating Chinese cuisine.

She is proudly Australian while embracing strong links with her Chinese heritage and cultural background.