Details of the Victorian Government's response to the official Hazelwood Mine Inquiry 2014-16.

A fire burned in the Hazelwood coal mine for 45 days in February and March 2014. It was the largest and longest-burning mine fire to occur in Victoria’s Latrobe Valley.

This fire had significant impacts on the Latrobe Valley community.

In 2014 the Victorian Government held the Hazelwood Mine Fire Inquiry from February to September 2014.

The inquiry was reopened in May 2015 with new areas of investigation.

These inquiries triggered many reforms across state and local government, community and industry.

The Government has committed to implementing, in full, all recommendations and affirmations of the 2014 and 2015/16 Inquiry Reports. It has committed over $80 million to do so and improve the lives of the Latrobe Valley community.

This plan was tabled in the Victorian Parliament on 21 June 2016. It is the Government's response to the Inquiry Reports. 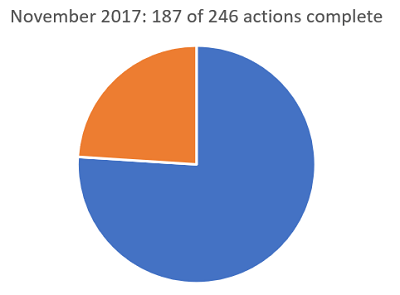 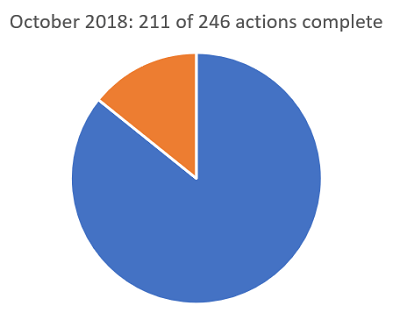 In November 2016, Emergency Management Victoria launched the new VicEmergency app. The VicEmergency app aligns with the recently upgraded VicEmergency website. It provides a central location for community access to timely information and warnings for:

Health in the Latrobe Valley

The Department of Health and Human Services has been establishing the foundations for improving health in the Latrobe Valley, including:

The Environment Protection Authority (EPA) has been working on:

The Victorian Government announced new security bonds for the three local mine operators:

The Government can draw on the money if any of the mine operators don't fulfil their rehabilitation obligations.

Expected after legislative changes in 2019:

Since 1 February 2016 the progress of the Implementation Plan has been independently monitored by the Inspector-General for Emergency Management (IGEM).

Between October 2014 and January 2016, monitoring was undertaken jointly by the IGEM and the former Hazelwood Mine Fire Inquiry Implementation Monitor.

Departments and agencies across government are working together with the community to progress the implementation plan.

Implementation Plan or the Hazelwood Mine Fire Inquiry

Reform of the State's mining regulator