The Ministerial Council on Women’s Equality is a group of influential women who provide expert advice to the Minister for Women.

The Council is made up of Victorian women from media, the private sector, science and technology, sport and recreation, unions and the women's health sector. Alana is the Chair of the Victorian Women’s Trust and inaugural Chair of the Dugdale Trust for Women & Girls, a national organisation dedicated to the prevention of violence to women and girls. Alana is a founding member of Australian Women in Agriculture. She was instrumental in the establishment of the Victorian Rural Women’s network. With a background in media and advertising, Amy is a radio presenter on Melbourne’s Triple R FM. She has previously held positions as Executive Director of the Women’s Leadership Institute Australia, as a member of the Advisory Committee of the Pathways to Politics Program for Women at the Melbourne School of Government and as an advisory to the Male Champions of Change. Fiona is the global head of Inclusion & Diversity at BHP – the world’s largest mining company. Fiona is an experienced Human Resources Executive with over 25 years’ experience in designing and delivering Diversity, Inclusion, Change Management, Talent, Capability and Learning solutions aligned to business needs. Hana is a tireless advocate for women in the community, a spokesperson for Islamic feminism in Australia and is a long-time Melbourne icon. In March 2017 Hana was inducted into the Victorian Honour Roll of Women, celebrating her contribution made to local communities and human rights. Jax is a disability and LGBTI consultant, writer, spoken-word performer, public speaker, disability sexuality educator and workshop designer and facilitator. Jax was named one of the 25 LGBTI people to watch in 2015, a finalist in the 2015 Victorian Disability Sector Awards where she was the runner up in the category of Emerging Leader and a 2015 Brenda Gabe Leadership Award finalist. Joanna Hayter was the CEO of International Women’s Development Agency IWDA from 2010-2017. She has worked in the international development, human rights and social justice sector for over 30 years, and has served on the Board of the Australian Council for International Development. In 2013, Joanna was named as one of the Australian Financial Review and Westpac 100 Women of Influence and in 2016 she was inducted into the Victorian Honour Roll for Women. Jo is best known for having 2 number 1 FM breakfast radio shows to her name, and is currently co-host of The House of Wellness on Channel 7. She is the author and creator of the Play Like A Girl series of books, about an under 11 girls footy team, a columnist, performer, TV and radio presenter, MC and speaker. She is patron for Wellsprings for Women, who provide programs and services for migrant and asylum seeking women. She's also a patron for the Lighthouse Foundation, who provide homes and ongoing, loving support for young people experiencing homelessness. Kathryn is CEO of the Victorian Local Governance Association (VLGA) an independent organisation that supports councils, councillors and the community in good local governance through policy, advocacy, networking and professional development activities. Kathryn is a member of the Women’s Roundtable for Local Government. 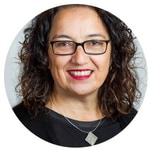 With more than a decade of leadership in the women's health sector, Kristine is the CEO of Women's Health East and Convenor of the Women's Health Association of Victoria. She serves on the Independent Advisory Board providing advice on the implementation of the Victorian Equal Opportunity and Human Rights Commission recommendations on sex discrimination and sexual harassment in Victoria Police. Leanne is the Adviser of Aboriginal Participation at BP Australia and is the Executive Director for Koorie Women Mean Business (KWMB). A role which involves supporting and identifying community leadership projects for women and young girls. Liberty Sanger is one of Victoria's most respected workplace lawyers. She is currently Principal and Board member at Maurice Blackburn Lawyers, where she chairs the firms's Diversity and Inclusion Steering Committee. Liberty is also Chair of the Victorian Government's Equal Workplaces Advisory Council. She is a regular media commentator on industrial relations, diversity and inclusion. Lisa recently led the Women’s Rights and Safety team at Victorian Trades Hall Council. In 2015 Lisa was appointed Professor (Adjunct) by the Australian Catholic University in recognition of her experience in the area of work and labour law. She was formerly the Executive Director of the Australian Institute of Employment Rights. Dr Evans-Galea is the inaugural Executive Director of the Industry Mentoring Network in STEM (IMNIS) with the Australian Academy of Technology and Engineering (ATSE). Dr Evans-Galea has been recognised with an Australian Leadership Award and is an inductee and Ambassador for the Victorian Honour Roll of Women. Mary is the Mayor of the City of Glen Eira. Mary is also the General Manager, Business Development and Policy for HESTA, one of Australia’s largest superannuation funds. Peggy has been president of the Richmond Football Club since October 2013, having served on the Club's board since 2005 and is a consultant to Lander & Rogers. In 2014 she was appointed to chair the Victorian Minister for Sport's yearlong inquiry into 'Women and Girls in Sport and Active Recreation,’ and was named as one of the Australian Financial Review and Westpac 100 Women of Influence. Peggy is a Fellow of the Australian Institute of Company Directors. Rita is the Executive Director of Women’s Health Victoria. She has worked in the human services industry for over 20 years including positions with Commonwealth, State and Local Government. Her positions have included health promotion with VicHealth and Director of Research and Planning at beyondblue. Sarah is Co-founder and CEO of Girl Geek Academy, with a mission to teach 1 million women to get into tech and launch their own start-ups by 2025. Girl Geek Academy is behind Australia's first all-female hackathon, #SheHacks, Australia's first all-female makerfest, #SheMakes, and the world’s first hackathon for girls aged five to eight, #MissMakesCode. Van is a Melbourne-based theatremaker, journalist, critic, academic, activist, novelist and occasional broadcaster. She is currently a weekly political columnist and culture critic for The Guardian Australia. She is also the Chair of the Queen Victoria Women's Centre. 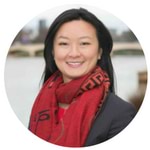 Wesa is Director of Cultural Intelligence, a specialist consulting company that helps other organisations understand the power of cultural diversity. She is also co-founder of Poliversity, a partisan independent body that promotes culturally diverse leadership, representation and recognition. Wesa was named 2010 Young Victorian of the Year, Rising Star award for young alumni University of Melbourne 2012 and inductee to the Victorian Honour Roll of Women 2012.