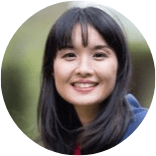 Alice Pung is an internationally-acclaimed author and journalist who has published work in The New York Times, The Guardian, The Age, The Monthly and The Australian. Her award-winning books are studied in schools in Australia and overseas and include Unpolished Gem, Her Father's Daughter and Laurinda.

Alice was born in Melbourne, the daughter of Chinese-Cambodian refugees, and grew up in Footscray and Braybrook. She has given lectures at universities, including Vassar College, Brown University, Peking University and the University of Milan. Alice is the current artist-in-residence at the University of Melbourne’s Janet Clarke Hall.

She is a qualified lawyer and works in legal research for the Fair Work Commission. There she conducts research into matters of minimum wage and pay equity.

In addition to being an Australia Day Ambassador, Alice is an ambassador for the Les Twentyman Foundation, the 100 Story Building and Room to Read; organisations that support the most marginalised and disadvantaged youth around Australia and the world.