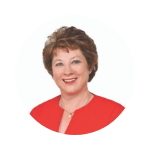 Councillor Coral Ross is one of Victoria’s longest serving councillors, first elected to Boroondara Council in 2002. She served three terms as mayor, earning the distinguished title of Mayor Emeritus.

Coral studied politics and was a political journalist in the United Kingdom before moving to Melbourne. After a 20-year career in journalism, she turned her talents to local government and has become a prominent and respected figure in this area.

In addition to her service on Boroondara Council, Coral was on the board of the Australian Local Government Association for two years. She was also a board member and interim president of the Municipal Association of Victoria.

Coral is President of the Australian Local Government Women’s Association and was previously the president of its Victorian chapter. The Association’s mission is to support women to participate in local government. Coral is also Deputy Chair of the Australian Gender Equality Council and a director of the National Rural Women’s Coalition.

In 2014, Coral was recognised by Westpac/Fairfax as one of 100 Victorian Women of Influence.

In 2018, she was awarded a prestigious Churchill Fellowship to improve gender equality in local government. Coral will travel to the United States, Canada, the United Kingdom, Sweden and Germany in 2019 to investigate ways of increasing the number of women elected to local governments.

Coral has made an exceptional contribution to the Boroondara community. Beyond the City of Boroondara she has helped build stronger local government networks through peak bodies, while effectively promoting and nurturing women in local government roles.