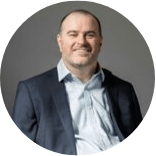 2014 VIC Australian of the Year Finalist

Medal of the Order of Australia for service to people with a disability, particularly through sport.

Life changed forever in 1988 when a motorcycle accident left David Jacka OAM with high-level quadriplegia. David re-learnt how to feed himself, returned to fulltime work, competed at the 1996 Paralympic Games, married and became a well-respected aviator.

David has collected a suite of records and world-firsts that embody his spirit to rise above the challenges of quadriplegia. In 2006 he was the first quadriplegic to fly a powered hang glider. In 2013 David piloted a specially-modified airplane and was the first person in the world with quadriplegia to fly solo around the coast of Australia. His most recent world-first was when, again with his own engineered adaptations, he paddled the length of the Murray River in 2016.

David aims to smash disability stereotypes by raising the public’s expectations about what people with disabilities can achieve and has founded a charity, On a Wing and a Chair, to this end. He inspires both disabled and able-bodied people to reach their full potential.