Co-founder and secretary of the Mullagh Wills Foundation. 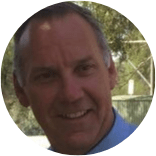 Ian Coutts’ career in sports marketing and communications commenced with the North Melbourne Giants in the National Basketball League. After a brief stint with Fitzroy in the AFL, he started his extensive career with the Carlton Football Club.

Ian was part of the senior executive team at Carlton for over 12 years in his role as general manager of communications, managing the media and developing communications policies and reputation initiatives for the club.

After 2 years as the general manager for marketing and communications for a children’s cancer charity, Ian started his own consulting business, Ian Coutts Communications. He continues to work for several organisations, primarily in the sporting and not-for-profit sectors.

Ian is a co-founder and director of the Mullagh Wills Foundation which celebrates the Aboriginal Australian Cricket Team tour of England in 1868 and promotes reconciliation through sport more generally. Ian volunteers for numerous community organisations and acts as an advisor to the board for a range of national charities.