A champion of Australian women’s cycling and award- winning photographer 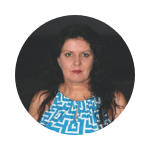 Kathy Watt is best known to the Australian public as the first Australian to win an Olympic gold medal in the cycling road race. By winning this event at Barcelona in 1992, she made Australian history and inspired a nation. She also won a silver medal on the track at these Games.

Kathy is one of Australia’s greatest cyclists. In addition to her success at Barcelona, she won gold in the inaugural Commonwealth Games road race in 1990 and was the first Australian woman to win a World Championship medal (bronze in the 1995 individual road time trials). She won three further Commonwealth gold medals, World Cups and World Tour events and competed in the Tour de France Women six times.

After Kathy won Olympic gold, the Australian Institute of Sport established a full-time cycling program for women. Her success transformed Australian women’s cycling and the sport now enjoys a high national profile, with our athletes competitive on  the world stage.

Kathy was one of the first to coach cyclists in, and teach the public about, all aspects of cycling including nutrition, skills and safety through Kathy Watt Cycles. One of the graduates of her junior development program, Jacob Schmid, now represents Australia as a sprint cyclist.

Kathy’s contribution to cycling has been recognised with an Australian Female Olympic Award, Order of Australia Medal, and induction into the Australian Sport Hall of Fame and Victorian Cycling Hall of Fame. She is also an award-winning photographer, photographing a range of subjects but specialising in sports photography.

Kathy is unique in that she has experienced the Olympic Games and Tour de France from both sides of the lens. She has attended two Olympics as an athlete and four as a photographer (London 2012, Socchi 2014, Rio de Janeiro 2016, PyeongChang 2018). She is now Creative Director of Photography with GodMother Brand Agency.