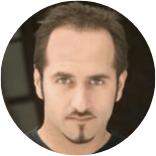 Michael Cristiano picked up a guitar at age six and music has since led him through a career with a range of award-winning Australian acts.

Michael is one of Australia’s most highly-acclaimed performers and producers. As a producer, his name can be found on numerous multi-platinum-selling albums by artists such as The Seekers, Judith Durham, Silverchair, Andre Rieu, and Gene Pitney.

As a performer, Michael is renowned for his on-stage presence, unique voice and virtuoso guitar skills that continue to entertain audiences worldwide. He is one of the country’s most respected musicians and composers earning many prestigious music awards. He played live at the 1998 AFL Grand Final with his own composition Rock The G.

Michael continues to be one of the brightest and dynamic stars on the Australian music scene, dedicating his time and skills to both his own projects and those of emerging artists and established veterans alike.