Anna Moo is a respected community leader. She played a pivotal role in the establishment and leadership of family violence support services throughout Victoria. 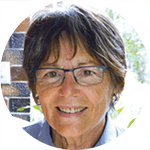 Anna was instrumental in the evolution of two domestic violence services in Victoria for migrant women:

The Migrant Women’s Refuge was the first of its kind in Carlton when established in 1975. A passionate advocate for women’s rights, Anna and her colleagues orchestrated an innovative way to increase the representation of women on leadership committees in the multicultural services sector.

As a result of her advocacy, the Migrant Women’s Refuge was granted funding to join the larger women’s refuge movement across Australia. In 1984, Anna established the Refuge Ethnic Workers Program and became the first program coordinator. The program was established to ensure refugee and migrant women were able to have access to equal employment opportunities, support and housing.

Throughout Anna’s career, she has coordinated and implemented numerous programs to provide cultural and linguistic support to migrant women. Her work in the field has supported refugee women and children to feel safe in their communities. Anna strives to improve the lives of women.

As a board member of the Multicultural Centre for Women’s Health, Anna continues to play a vital role in supporting the health and well-being of migrant women."