As a musician and music critic, Greer Clemens is making and seeing change in the male-dominated music world. 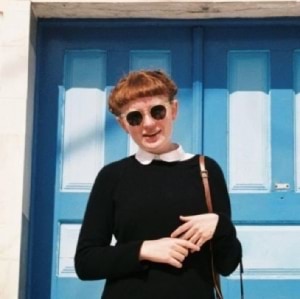 Greer Clemens, a 22 year old Arts student at Melbourne University, is vocal and proud. She's a freelance journalist, music critic and musician and has been active on the Melbourne arts scene since her teens.

Not the traditional band

At the age of 16, Greer and her friends formed an all-girl-band called the Darjeelings. They encountered little open hostility, but were very aware that they did not fit the traditional band model.

'When we started out, we played on a lot of all male line-ups. We were really conscious of the fact that we didn't look like the bands we were playing next to'.

As well as the bands they were playing with, all the backstage staff and producers were male too. The sound technician at gigs was always known as the 'sound guy' , Greer says.

Bursting with talent and passion, the Darjeelings persisted with their music and quickly made waves on the Melbourne gig-circuit. They introduced a distinctive new ‘female voice’ to the scene.

Female musicians breaking through with the support of female critics

Raising the profile of female artists and bands has been slow, but 'it is changing,' according to Greer. In The Age music Victoria nominations for 'Best Emerging Act' this year, all five nominees were female acts. Greer feels this is a major breakthrough. It sends a powerful message to the music world and to aspiring young girls: female musicians are a force in their own right.

Greer has also been active in challenging the male-dominated world of music criticism. She writes articles regularly for Junkee Media's FasterLouder. She also contributes to Pitchfork, Noisey and Melbourne-based zines Filmme Fatales and FEMS zines.

Greer's biggest inspiration has been the feminist music critic, Jessica Hopper. Greer was really influenced by Hopper's book, The First Collection of Criticism by a Living Female Rock Critic.

Thanks to women like Hopper and independent media, more and more young aspiring critics like Greer are speaking up.