Specialising in high-risk obstetrics and gynaecology, for 45 years Dr Christine Tippett has made an outstanding contribution to medicine in Victoria. 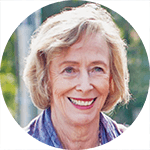 Christine has saved the lives of numerous women and newborns and improved the quality of care Australian women receive during pregnancy.

Christine has delivered more than 10,000 babies throughout her career and has been instrumental in advocating for change in the field of obstetrics and gynaecology, helping to create a safer environment for both mothers and their babies.

Christine’s achievements, which have been recognised locally and internationally, commenced with her being awarded the Gold Medal for outstanding performance in the Royal Australian and New Zealand College of Obstetricians and Gynaecologists (RANZCOG) membership exams in 1984, the highest accolade to be given by the College.

After making significant reforms, Christine became the first female president of the College in 2006. Christine has changed the face of maternal health for Victorian women.

Driven by her commitment to ensure that women from all backgrounds have access to the best possible obstetric and gynaecological care, in the 1990s she established the Monash Health Maternal Fetal Medicine Unit which offers care for many of the most complex pregnancies in Victoria.

In 2008, Christine led the expert panel on Victoria’s abortion law reform debate. Christine was unwavering in her counsel which sought to ensure women in Australia retained their ability to have a choice, and for doctors to be able to provide women with access to an abortion without fear of retribution.

In 2010, Christine was made a Member of the Order of Australia. She currently holds various clinical and academic positions and is Special Adviser to the Victorian Minister for Health on women’s maternal health.

Her professional achievements and dedication to women, regardless of background, have transformed the maternity care landscape and will continue to positively impact the lives of all young Australian women now and for future generations.