Ruth McNair is a leading Australian health expert. She's made substantial contributions to the Victorian community over the course of her many years of medical practice, academic research and community support and advocacy. 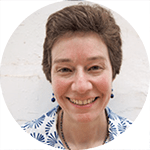 Throughout her career as a general practitioner, Ruth has made a lasting contribution to the general health and quality of care for countless LGBTI individuals, families, partners and allies in the local community. She has also worked with various marginalised populations including Aboriginal communities and women prisoners.

In 2009, Ruth helped to establish Northside Clinic in North Fitzroy which has a focus on addressing the general health needs of Melbourne’s lesbian, gay, bisexual and transgender community.

This practice now serves thousands of LGBTI people annually from all around Victoria. Ruth worked from 1998 to 2014 as an academic general practitioner, leading medical curriculum development, coordinating teaching and conducting research.

Ruth’s research interests include many issues that are critical to tackling health inequality and have often been neglected by others, such as lesbian and bisexual women’s mental health, sexual health, parenting, resilience, connectedness, transgender health, substance abuse and homelessness.

Currently an Honorary Associate Professor at the University of Melbourne’s Department of General Practice, Ruth delivers over 20 conference presentations every year and has produced over 70 publications, which have been widely read and cited by researchers both in Australia and overseas.

For many years, Ruth has championed LGBTI policy development, through her roles as member and Chairperson of the Victorian Ministerial Advisory Committees on LGBTI Health and Wellbeing.