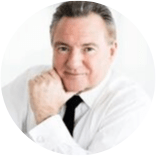 Greg hosted 1,400 episodes of the show, earning himself nominations for TV Week's Gold Logie as Australia's Most Popular Celebrity on three occasions and making him a household name.

Greg can boast a whirlwind radio career having had been awarded the TV Week Rock Awards, ‘Most Popular DJ Award’ for six consecutive years between 1978 and 1983. During that time, he hosted the drive-time show on 3XY and interviewed just about every rock band and celebrity performer who toured Australia during those years.

Over the years, Greg has been highly visible in his work for charity and the community. He is a former president of the Variety Club of Australia (Victoria) and is an avid ambassador for Australia Day. He continues to support many charities and is regularly seen as a guest on Australian television and radio shows.