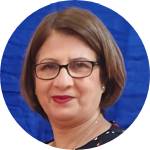 Gulghotai (Gula) Bezhan has been working to empower the Afghan community and more specifically Afghan women and children for more than 20 years through her work in community services and international aid. Gula has become one of the leading community workers in Victoria for her committed work in piloting and running projects, programs and workshops for newly arrived women and families, such as the provision of Victorian drivers’ licenses, Australian citizenships, legal and government support. Gula has been working as a refugee settlement support case manager for more than 14 years, where she provides culturally and linguistically diverse (CALD) communities with support and guidance in their assimilation and transition into Australian society.

In 2009, Gula founded the non-profit organisation Afghan Women's Organisation Victoria as a means of bridging the social, political and cultural gaps that Afghan and multicultural women and girls were facing in Australia. Since the organisation started, Gula has supported her local community by providing information sessions on topics such as family violence, forced marriage, settlement support services, mental wellbeing, workers’ rights and more. She has also organised annual camping and excursions trips to foster social inclusion for women, vocational workshops to strengthen women, employment opportunities, senior clubs for the elderly community, and water safety programs.

Gula has immense passion and commitment in strengthening and empowering women and girls within the community. Her work has been recognised nationally by the Australian Federal and State governments, and internationally by entities such as UN Women and Centre for Gender, Peace and Security. Gula was awarded the Victorian Refugee Recognition Award in 2008, and the Victorian Meritorious Service Award by the Governor of Victoria in 2019, for her work campaigning, supporting and strengthening the community. Most recently Gula was appointed by Prime Minister Scott Morrison to the Federal Advisory Panel for Australia's Resettlement of Afghan Nationals.