Kim is committed to connecting the Vietnamese-Australian community with their local council and services. 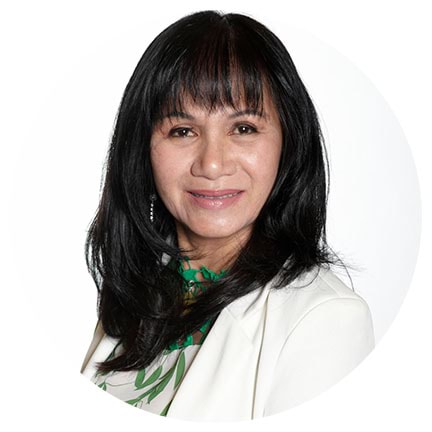 Kim is the Deputy Mayor of Brimbank City Council. She came to Australia as a refugee in 1980 and has since been a steadfast advocate for multiculturalism, the environment and prevention of violence against women.

Kim arranges multilingual dialogues between the police and the Vietnamese community to educate victims and potential victims of their rights and the available legal and social services. She is a leader within local, national and international Rotary organisations, and has won the Paul Harris Fellowship (the highest honour available in any club) twice.

During her early years in Australia and having come from a different culture, Kim adapted to the Australian way of life and endeavoured to repay Australia for the kindness they had shown her and her fellow refugees in giving them opportunity to restart their lives.

She also observed at an early stage that the Vietnamese community and other diverse ethnic communities had been largely neglected in regard to environmental and family violence issues. Kim presented these packages at schools, temples homes, elderly citizen groups and any place of assembly where these groups might congregate. She has over 15 years’ experience in dealing with environmental and family violence issues.

Kim’s other great passion is charity in both Vietnam and Australia. She has dedicated a large proportion of the last 15 years in pursuing this goal. She raises money in Australia for poverty and sickness especially in the rural areas of Southern Vietnam. She also raises money for the Royal Children’s Hospital, Cancer Council and is a keen participator in “Run for the Kids”.