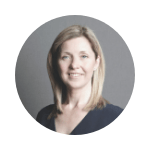 Liberty Sanger became a lawyer to help people. When asked what she would like her legacy to be, she says without hesitation, “equality for ALL”. She is an advocate and change agent for gender equality, women’s rights and social justice, and is passionate about helping people realise their potential.

Liberty is a Principal and board member at Maurice Blackburn Lawyers, where she leads the national Personal Injury Law Division. She is a qualified Law Institute of Victoria (LIV) personal injury specialist and a leader in her field, recognised by the prestigious Doyle’s Guide (2016–2018) as one of five leading lawyers in workers’ compensation in Victoria.

A driving force for gender equality at Maurice Blackburn, Liberty is Chair of the firm’s Diversity and Inclusion Steering Committee.

Her appointment as Chair of the Victorian Government’s Equal Workplaces Advisory Council enables her to drive positive change for women on a broader scale. Liberty is also a member
of the Ministerial Council on Women’s Equality, providing expert advice to the Victorian Minister for Women.

Throughout her career, Liberty has used her leadership skills to guide and mentor others. At Maurice Blackburn, she was a key driver behind the 2017 relaunch of its National Mentoring Program. In 2018, her mentoring work was recognised with the LIV Mentor of the Year Award.

Liberty uses her public profile and large social media following to raise awareness of key issues and is often invited to present at events. She is a regular guest on ABC radio programs where she discusses news, current affairs and politics, and she has appeared on ABC TV’s Q&A.

By driving gender equality initiatives within and beyond the legal profession, Liberty has already established a legacy of a new generation of women leaders.