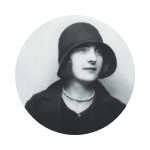 Margaret Connor, known as Madge, began working as an informant for Victoria Police in 1916. By her own account she obtained evidence against “many subtle craft people and illegal bettors”, even taking up residence as a boarder with a hardened criminal and “his woman” to obtain evidence against him.

In 1917, Madge was one of the first two women employed as police ‘agents’ by Victoria Police. They were not officially sworn in, had no powers of arrest, no uniform, received half the pay of policemen, and had no rights to a pension. The women received little training and their appointments were not acknowledged in the Victoria Police Gazette.

From the beginning, Madge campaigned to improve working conditions for Victoria’s policewomen. In 1920, she led female agents and watch-house matrons in a push for increased pay. Madge described the often distasteful duties they had to undertake for seventeen shillings and sixpence per week and noted that “the salary paid was quite insufficient”. The result was one of the earliest instances of equal pay for women in a Victorian workplace.

Madge continued to advocate for policewomen’s rights. In 1924, she and three other women were sworn in as full members of Victoria Police, with powers of arrest and pension rights. This put policewomen and men on equal footing and was a pivotal moment in the history of women’s rights in Victoria.

As a police agent, Madge Connor marked the beginning of diversity within Victoria Police. As a campaigner, she set an example for future women. In celebrating 100 Years of Women in Policing in 2017, Victoria Police acknowledged that her efforts enabled the continued achievements of women to the present day.

Madge’s career is an enduring inspiration for thousands of women who have sworn an oath to ‘uphold the right’ in Victoria.