One of Australia’s leading sporting stars, Mel Jones has dedicated her life to providing support and opportunities for aspiring female athletes. 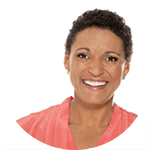 Mel is a former Australian cricket player who delighted many Australian spectators with her determination, enthusiasm and skill on the cricket field.

Throughout her career, Mel challenged stereotypes experienced by many women in a male dominated sport, scoring a century on Test debut and leaving an indelible mark in the cricket commentary box. Breaking down barriers domestically and internationally becoming the first female lead commentator in the men’s Big Bash and Indian Premier League. Outside of cricket, Mel is a passionate mentor for aspiring female athletes.

Mel graduated with a Bachelor of Applied Science in Human Movement before pursuing a Graduate Diploma in secondary education. After completing her studies, Mel moved overseas during the off-season to coach, develop and promote cricket in South Africa and the UK. This time gave her the opportunity to experience and understand grassroots cricket for different groups.

Her passion for providing women with the opportunity and encouragement to achieve their sporting goals has resulted in Mel working with some of Australia’s most elite athletes. Her aim is to provide every individual an opportunity to make sport (and the invaluable health benefits and lessons it teaches) a part of their day-to-day lives.

Currently, Mel is a sports commentator and is also a passionate club sport advocate. Through her involvement with the Essendon Maribyrnong Park Women’s Cricket Club, Mel unites with people of all levels and abilities to enjoy the “playing” element of the game