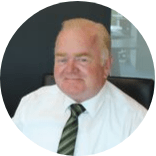 Medal of the Order of Australia for service to the community, particularly as a fundraiser for the Victoria Police Blue Ribbon Foundation

Following the 1988 murder of two constables, Neil Soullier OAM joined a group of people to form the Tynan-Eyre Memorial Foundation that later became the Victoria Police Blue Ribbon Foundation. He served as a volunteer and board member for 12 years before becoming CEO. The foundation has gained an institutional awareness throughout Victoria and is Australia’s largest police support organisation.

Neil introduced Blue Ribbon Day as an annual event and now works with other police agencies and community groups to promote it and other public benefit programs. He also developed the foundation’s flagship product, Constable T. Bear, which is now one of the most popular collectible teddy bears in the world.

Since its inception, the foundation has provided new facilities in public hospitals that treat over 125,000 patients every year and permanent memorials to members of the Victoria Police who have been killed in the line of duty.

Neil is also a director of the Emergency Services Foundation, an associate member of the Australasian Institute of Policing and adviser to several other community and not-for-profit organisations.