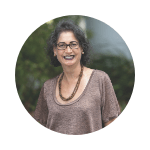 Professor Beverley Vollenhoven is a reproductive endocrinologist and infertility specialist. She is Head of Gynaecology at Monash Health, Deputy Head of Monash University’s Obstetrics and Gynaecology (O&G) Department, and a clinician at Monash IVF. Her clinical interests include IVF, ovulation induction, polycystic ovarian syndrome, eating disorders, adolescent gynaecology and menopause.

As an infertility specialist, Beverley has helped many women achieve a longed-for pregnancy. She has also improved the rate of successful pregnancies in older women. This becomes more important as more women delay having children. Beverley also helps women through her research into the causes of and treatments for uterine fibroids. This condition is often currently treated with hysterectomy.

In her role at Monash Health, Beverley has overseen the growth of Victoria’s largest and busiest gynaecology service.

Beverley advocates for gender equality through her position as Chair of the Women in Medicine and Science committee in the School of Clinical Sciences at Monash University. Milestones in her own career have also helped forge new pathways for women in medicine. She was the first O&G trainee in Victoria to take maternity leave. Initially met with considerable resistance, academic and special leave is now common in specialist medical training. She was also the first female O&G trainee in Victoria to be awarded a PhD. This higher degree is now increasingly common among female trainees. Beverley helped establish fellowships for female researchers who have experienced career interruptions.

Beverley has been instrumental in ensuring access to critical reproductive and women’s health services in Victoria, and has been an advocate for gender equality in science and medicine. After her own experience with breast cancer in 2016, she has a deeper appreciation for the challenges women face when navigating the medical system. This has strengthened her commitment to improving patient care and advocacy.