Susan Provan's irrepressible enthusiasm and creativity has been instrumental in making the Melbourne International Comedy Festival one of the world's largest comedy festivals. 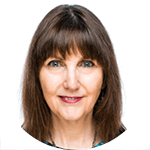 Susan is the Director of MICF, which debuted in 1987, and along with the comedy program of the Edinburgh Fringe and the Montreal ‘Just For Laughs Festival’, forms a trio of the largest comedy events in the world.

Prior to joining MICF, Susan was formerly associate producer of the State Theatre Company of South Australia and general manager of Circus Oz. MICF’s success is due, in no small part, to Susan’s leadership, drive and commitment.

Throughout her time at MICF, Susan has been committed to supporting the growth of professional opportunities for women in comedy. She has advocated for equality of women’s voices in comedy programming by ensuring that women are represented in every comedy festival multi-performer production; and for all comedy festival performance environments to be supportive and safe for women.

Susan has also focussed on increasing the participation of Aboriginal and Torres Strait Islander performers in MICF, and the broader professional comedy industry, via development of the ‘Deadly Funny’ and ‘Deadly Funny Kids’ programs.

Currently, Susan is also excited to be promoting the growing engagement between Australian performers and the rapidly developing comedy scene in Asia.

One of Susan’s legacies is that the festival now focuses on innovative programming and educational development programs that accompany the annual four-week festival and aims to provide career pathways for Australian artists.