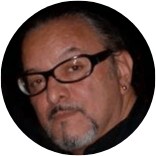 Dominic Barbuto is an art director and designer who has run an award-winning, entertainment-based design studio in Melbourne for the past 36 years. His studio has designed extensively for musical theatre, stage productions, television, radio, concert tours and events.

As part of this fundraising, Dominic has convened an entertainers’ lunch group called “The Debonairs” in Melbourne for the past 18 years. It enables entertainers spanning three generations to come together once a month and share their stories, experiences and stay connected. There are now over 2000 members across five states in Australia and an outpost in Los Angeles. Together, they have helped raise millions of dollars for those in need.