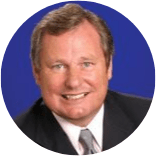 Doug Christie is managing director of Focus Communications Group, a consultancy specialising in marketing communications strategy and execution. He has had extensive experience in the entertainment industry and held senior executive roles in media and television production.

Through his consultancy, Doug has been a guiding advisor for many of Australia’s economic heavy lifters. He personally advised on issues and crisis management for four of Australia’s largest companies. Doug also sits on two internal boards of a major telecommunications company, an internal board seat on an electricity company and is a finance and audit committee person for an international bank.

Doug was a lecturer at RMIT in public relations and his community services have included being the longest serving chairman of Variety Victoria, former director of the Fitzroy Football Club, committee member of the Advertising Institute of Australia, adviser to the CFA and board member of two drug and alcohol rehabilitation centres.

Doug is currently chairman of the Whitelion Charity Ambassador Council and a life member of Variety.