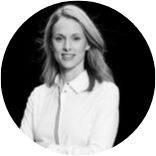 Officer of the Order of Australia for distinguished service to community health, particularly through advocacy for institutional investment strategies.

Bronwyn King AO is a practicing radiation oncologist and founder and CEO of Tobacco Free Portfolios. Through her collaborative work with the finance industry, Bronwyn has played an integral role in the decision of over 35 Australian superannuation funds to divest from tobacco stocks worth approximately $2.5 billion.

In 2014, Bronwyn was named in the Australian Financial Review / Westpac 100 Women of Influence. In 2015, she was awarded the VicHealth Award for Preventing Tobacco Use. In 2016, she received the Dr Bob Elphick Medal for Tobacco Control from the Australian Council on Smoking and Health. In 2017, she was made a diplomat for the Global Charter for the Public’s Health by the World Federation of Public Health Associations and was made the inaugural distinguished fellow in a joint initiative of Kings’ College London and the University of Melbourne. In 2018, Bronwyn was inducted to the Victorian Honour Roll of Women.