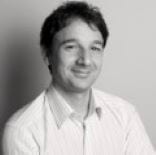 Joseph Cannatelli is the owner of the aptly named J.C.’s Quality Foods, whose range of Australian and imported nuts, dried fruit, snacks and confectionery are found in stores nationwide. The business started in 1994 with a single product and a 1980s Holden Commodore, and went on to become a successful Victorian enterprise.

Joseph grew up on an apple and pear orchard in Melbourne’s south-east, where his parents ran a 7-day-a-week fruit shop. It was during these beginnings that he developed a love of the business and fresh produce. After finishing school and a 12-month stint studying an economics degree, Joseph found himself back in the family business and branching out with his own small fruit shop in Croydon.

Despite a busy schedule, Joseph makes time to be an ambassador for Australia Day, and has been helping communities celebrate our national day since 2009. When he’s not running his business or inspiring others on Australia Day, Joseph is also involved in Variety, Pat Rafter’s Cherish the Children Foundation and Oxfam.