Founder and CEO of Little Dreamers. 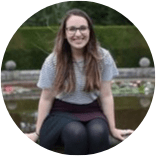 Medal of the Order of Australia for service to youth through a range or organisations.

Growing up as a carer to a brother and mother with myriad health issues, Madeleine Buchner OAM experienced a gap in the support system. By the time she reached high school, Madeleine had begun to formulate her mission to support the 490,000 young carers in Australia.

Madeleine’s organisation, Little Dreamers, runs programs from wish-making to festivals, advocates policy change and drives awareness and fundraising. The organisation’s goal is to ensure that young carers can experience a fulfilling childhood.

As a face for political reform, Madeleine is working towards the creation of a peak body for young carers. She travels the world to share her innovative ideas with others and in 2017 was recognised as a Queen’s Leader by Queen Elizabeth II. In 2016, Madeleine published her first book, My Brother is Sick Again, which explores the obstacles that young carers must overcome.

A social innovator, Madeleine has mobilised communities to stand behind marginalised and often forgotten young people in the community.