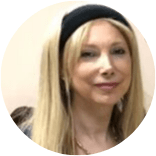 2009 VIC Australian of the Year Finalist

2005 VIC Australian of the Year Finalist

Rachel Cassidy is a Melbourne author who has worked in the not-for-profit sector for over 20 years.

Rachel has written nine books, is a member of the Australian Society of Authors and the Melbourne Press Club. Her latest book was released at Parliament House in Victoria in the members’ chambers - it is the first time a book has been launched in the members’ chambers. The book has been nominated for the Victorian Premier’s Literary Awards and has received substantial publicity around Australia. Rachel is currently working on four more books, three adult publications, and one children’s book.

Rachel has worked in the not-for-profit sector in senior roles, raising funds and delivering much-needed programs on issues involving youth at risk and the health and well-being of women and children. She has led staff and volunteers, raising millions of dollars for medical research and community support programs to help women and children. Rachel worked with the late Nelson Mandela for several years which included his Australian tour for World Reconciliation Day.