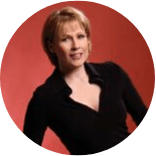 Sue Stanley began winning gold medals for competitive aerobics on the international stage in 1993. She was undefeated both at a national and international level for four years, amassing 35 consecutive wins for three World Championship titles, numerous international titles and nine consecutive Australian championships.

As a child, Sue began her sporting career at the Australian Institute of Sport in the Australian gymnastics team, later turning her eye to water-skiing where she represented Australia at the 1988 Seoul Olympic Games. After a five-year retirement from all international competition, she won gold and achieved the title of Ms Fitness World Champion 2000.

Sue has now turned her attention to encouraging Australians of all ages to take care of themselves and enjoy life to the fullest. She has authored two books, Sue Stanley: Your Personal Trainer and Fitness Forever and was editor of Women’s Health and Fitness Magazine. Sue promoted health and fitness through her weekly radio segment on 3AW Melbourne with Ernie Sigley and the Go For Your Life TV show on Channel 7.