For the first time following a bushfire in Australia, the Victorian Government recognises Aboriginal Culture and Healing as a pillar of recovery with a dedicated focus, alongside the built environment, the natural environment, the economy and wellbeing.

The vision, as determined by the community, is to ensure Aboriginal Victorians in fire-affected areas are supported to flourish through the practice of cultural knowledge systems that inform their physical, mental and spiritual health. 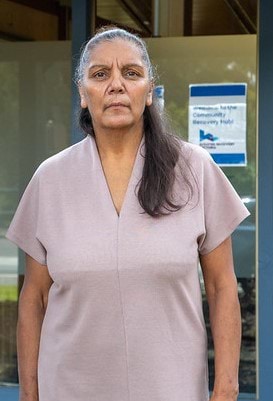 Aunty Aileen Blackburn (pictured) is an Elder from Gunaikurnai Country in East Gippsland.

“I am the custodian of the yam. I’m the keeper of the yam. Before them bushfires, I went and harvested some yams. It was not the right time, but something told me I had to. I planted them in pots at home. Them fires came through and burnt all that bush bad. All them yams burnt - this type of yam gone forever. But I have that type of yam. Them yams still in pots growing strong. But I don’t like this. They belong in Country not in pots – so spirit is free. When they forced us off Country, I now know how it must have felt for the old people being pushed off, removed from Country. I have cultural obligations. This will never happen again. I would rather die on Country than not meet my cultural obligations.”

How our people used to live

“After 2009, we found tens and thousands of artefacts strewn across the landscape indicating heavy occupation of Country over as many years. It helps us as Traditional Owners understand how our people used to live.” Executive Officer Dr Aunty Doris Paton said they will use the funding to bring people back on Country where they can start healing through a series of camps and training workshops.

During the camps, people will reconnect, learn about cultural knowledge, including cultural mapping, learning language, identifying cultural artefacts and sharing stories about the mob, kinships and connection to the land.

“Nindi Ngujarn has a lot of skilled people and until now, we’ve not been able to really have those skills and that knowledge recognised as a group.”

Other Aboriginal Community Organisations to receive grant funding include:

Sherryn Antonopoulos of Taungurung Land and Waters Council said about the funding:

“[It] will allow us to move forward with cultural heritage work and biodiversity work...we are grateful and we are really excited and eager to get ourselves, our Elders and our community back on Country.”

The grants were jointly funded by the Australian and Victorian Governments.