As Victoria’s head of government, DPC advises and supports the Premier and his portfolio.

Special Minister of State and Minister for Aboriginal Affairs The Minister’s other responsibility with DPC is to oversee the Aboriginal Affairs portfolio.

The Hon Natalie Hutchins MP was Minister for Aboriginal Affairs until 29 November 2018. With the support of DPC, the Minister looks after the Industrial Relations portfolio, which includes having oversight of the Labour Hire Licensing Authority and the Portable Long Service Benefits Authority. 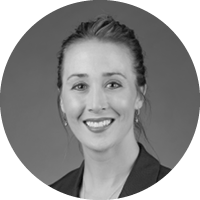 Minister Williams oversees the Women and Youth portfolios with the support and advice of DPC. As part of the Women’s portfolio, the Minister also has oversight of the Queen Victoria Women’s Centre Trust. Minister Foley oversees the LGBTIQ Equality portfolio with the assistance of DPC, the Victorian Gender and Sexuality Commissioner and the Victorian LGBTIQ Taskforce. Robin Scott MP is Victoria’s Minister for Veterans. The Minister oversees the Veterans portfolio with advice from DPC and the Victorian Veterans Council. Mr Scott also oversees the Shrine of Remembrance Trustees.

The Hon John Eren MP was Minister for Veterans until 29 November 2018. Minister Wynne leads the government’s Multicultural Affairs portfolio and is supported by DPC and the Victorian Multicultural Commission.

Robin Scott MP was the Minister for Multicultural Affairs until 29 November 2018.

Mr Pearson assists the Premier with his portfolio responsibilities.