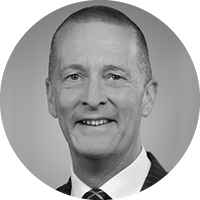 As the First Minister’s department, the Department of Premier and Cabinet (DPC) has the pre-eminent role in exercising whole of government policy and performance leadership.

With an expansive reform agenda, the government continues to rely on DPC to lead, support and unify critical initiatives and programs.

The latter half of 2018 saw significant focus on preparing for the caretaker period and November’s state election. This required DPC to lead a substantial whole of government effort, working with colleagues across the public service in undertaking the critical work associated with preparing for a returning or new administration. The work included advice and support in determining and applying the caretaker conventions, the substantial effort required for the delivery of incoming government briefings, and the major task of archiving Cabinet-in-Confidence material.

Following the election, the Premier approved machinery of government changes to provide the public service with a structure that reflects the government’s priorities and will best deliver outcomes for the government and the people of Victoria.

This meant changes for our department, including the creation of the Fairer Victoria group, bringing together the portfolios of multicultural affairs and social cohesion, equality, veterans, youth and women’s policy. The group elevates some of Victoria’s strongest community assets to the centre of government and supports the government’s commitment to a stronger and more cohesive Victoria.

DPC has also welcomed Industrial Relations Victoria (IRV), in recognition of IRV’s critical whole of government role, and in June this year we established two more groups - Service Systems Reform and the Jobs and Skills Exchange - to further ensure we are best organised to meet the government’s priorities for this term.

As set out in this annual report, DPC, while leading the public service through what has been a considerable period of change, has also led a number of notable initiatives, two of which I would like to make particular mention.

In August 2018 Victoria became the first Australian state to enact treaty legislation, a historic step forward in the process of self-determination. I look forward to working in partnership with the democratically-elected Aboriginal Representative Body - the first state-wide elected body for Aboriginal Victorians in Victoria’s history - to establish the elements necessary to support meaningful and effective treaty-making in Victoria.

This year we commemorated the 10-year anniversary of the 2009 Victorian bushfires. Many colleagues across the public service worked on the response to the fires in 2009. The resilience and community spirit of that time was evident again in the planning and delivery of the state’s commemoration activities, including a public commemoration event in February, which provided an important opportunity for the community to reflect on this tragedy and remember the 173 people who lost their lives.

Within DPC my vision remains for us to be an organisation based on truth, where we successfully collaborate with one another and with other stakeholders in the pursuit of shared objectives in our service to the Victorian community. We should have a dynamic and inclusive environment in which we can respectfully debate and challenge ideas in pursuit of the best outcome and where diversity of perspective and background is valued for the strength that it is. This year we took further steps in this effort by creating the Gender Equity Action Plan, released the LGBTIQ Inclusion Plan for 2019–21 and appointed an executive sponsor for LGBTIQ inclusion at the Deputy Secretary level. I commend all colleagues for our collective endeavour in ensuring a culture of genuine inclusion in DPC.

In closing, I would again like to acknowledge my colleagues on the Victorian Secretaries’ Board for their leadership of the public service, as a collective, to strive for excellence in high-quality public policy, public administration and public sector performance in service to the people of Victoria.