Better Regulation Victoria (BRV) works with the Victorian Government and community to support the analysis, design and implementation of best-practice regulation.

We support Anna Cronin in her dual roles as Commissioner for Better Regulation and Red Tape Commissioner, to:

How we work with you

As public servants, we are committed to the Victorian Public Service values of responsiveness, integrity, impartiality, accountability, respect, leadership and human rights.

In undertaking our role we:

Regulatory Scrutiny - How we work with Victoria's regulators

Under the Subordinate Legislation Act 1994 and the Cabinet Handbook, the Commissioner for Better Regulation independently reviews the Regulatory Impact Statements (RISs) and Legislative Impact Assessments (LIAs) prepared to support regulatory and legislative proposals to determine whether they are "adequate".

An “adequate” RIS or LIA is one prepared in accordance with the Subordinate Legislation Act 1994 and its Guidelines, as well as the Victorian Guide to Regulation. It should be logical, draw on relevant evidence, be transparent about any assumptions made, and be proportionate to a proposal’s expected effects.

BRV is your help desk to support you to prepare best-practice RISs and LIAs, as well as other impact assessments. We’re always happy to discuss the appropriate approach for your project, but we find these work best when:

Anna Cronin is Victoria's first Commissioner for Better Regulation, appointed by the Victorian Government in 2015. She was given the additional role of Red Tape Commissioner in 2018. Anna has worked in economist, executive and leadership roles in Commonwealth and State governments.

Anna graduated from the Australian National University with an economics degree and started her career as an economist in the Bureau of Agricultural Economics, and (what is now) the Productivity Commission. She has been closely involved in policy development for 25 years from diverse perspectives, including as CEO of the National Farmers’ Federation, as a senior bureaucrat in the Western Australian Government's State Development Department and as Chief of Staff in the Victorian Government.

Anna has considerable experience in regulatory issues across many policy areas, including in agricultural and mining regulatory and approvals frameworks. She has also held a number of board positions in the government and not for profit sectors. She sits on the Advisory Board of the Melbourne School of Government at the University of Melbourne. She was awarded the Centenary of Federation Medal for services to rural leadership. 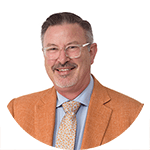 Don Parker has had extensive policy experience including in the Reserve Bank of Australia, the Northern Territory Government in executive roles in both central agencies and line departments and as Principal Economic Adviser to an NT Chief Minister, before joining the Department of Treasury and Finance in Melbourne in 2006.

Since then, Don has been involved in advising on economic policy, macroeconomic forecasting, and regulation of the state’s public financial enterprises. Don has been applying his broad policy nous and judgment in BRV since early-2017. 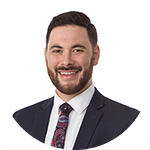