Read about the DPC board members: our secretary, deputy secretaries of our groups and our general counsel. 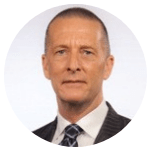 Chris was appointed Secretary of DPC in December 2014. He leads the Victorian public service in advising the Premier and the Government of Victoria.

In Victoria's DPC, he has been:

Before he joined DPC Victoria in 2007, Chris worked in a variety of senior management positions in government and the private sector, including:

Chris was made an Officer of the Order of Australia in 2017 for services to public administration, innovative policy development, sound governance and the delivery of reform in the areas of training, education and disability. Before joining DPC, Toby was the senior executive adviser to the Chief Judge of the County Court of Victoria. He was also a non-executive director on the boards of the Victorian Managed Insurance Authority and the Emergency Services Telecommunications Authority.

Toby has worked in a range of senior roles across the Victorian Government. He holds degrees in law, arts and corporate governance. He is also a graduate of the Australian Institute of Company Directors and has completed the Senior Executive Fellows program at Harvard University’s Kennedy School of Government. 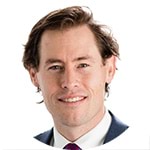 Tim was appointed to the role of Deputy Secretary, Economic Policy and State Productivity in March 2019.

Prior to this, Tim was Deputy Secretary of Jobs and Innovation in the Department of Jobs, Precincts and Regions, responsible for the strategic development of key industry sectors, including manufacturing, life sciences, digital tech, professional services and international education and the delivery of telecommunications and employment programs.

He has also held executive positions in the then Department of Environment and Primary Industries. In the mid 2000's, Tim established and managed the Victorian Government Business Office in New York.

Tim has Bachelor and Masters degrees in Agriculture Science from The University of Melbourne. He grew up in rural Victoria. 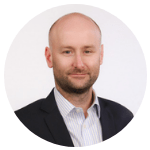 Prior to this role, he was Executive Director of DPC's Strategic Communication, Engagement and Protocol Branch. He previously held the equivalent role at South Australia's DPC, leading that state’s communication, community engagement and citizen participation agenda.

Jeremi has held various executive positions in the Victorian public service over a 15-year period. He was CEO of a registered training organisation and started his career as a journalist. He lives in Bendigo and has worked extensively in regional Victoria.

He holds a journalism degree from the University of South Australia and is a Graduate of the Australian Institute of Company Directors.

Kate has more than 20 years' experience in the Victorian Public Service beginning as a graduate in Social Policy for the Department of Premier and Cabinet in 1996.

Kate has an Honours Degree in Economics, a Masters of Environment and is an IPAA fellow. Brigid was appointed Deputy Secretary, Fairer Victoria Group (FVG), in 2019. This group oversees Equality, Veterans, Multicultural Affairs, Women and Youth. Brigid has previously worked as Executive Director in the Department of Premier and Cabinet, leading advice in the areas of Aboriginal Affairs Policy, including Treaty and self determination, healthy policy and reform and inter-governmental strategy.

Brigid was previously the Director of Education and Justice Branch within DPC, and also spent some years working at the Treasury in New Zealand, including helping to establish the government’s data analytics capability and contributing to the “Investment Approach” to improving welfare and employment outcomes. 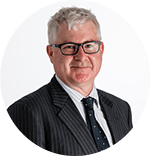 Matt was appointed to the role of Deputy Secretary, Industrial Relations Victoria (IRV) in April 2015, in what was then the Department of Economic Development, Jobs, Transport and Resources.

Matt joined IRV, in the Department of Innovation, Industry and Regional Development, as a senior policy adviser in 2004. He had previously been adviser to the Hon Rob Hulls, Minister for Industrial Relations.

He became director of IRV’s Public Sector team in 2005 and in 2009 was appointed Deputy Secretary, Workforce Victoria (formerly IRV), in the Department of Business and Innovation.

Matt has overseen the development and implementation of a range of significant legislative and policy reforms, including labour hire, long service leave and public sector employment protections. He has steered the Victorian Government’s public sector industrial relations strategy during three rounds of enterprise bargaining, and led the Government’s initiation of legal proceedings in the Fair Work Commission to protect the supply of essential services.

He has also represented the Victorian Government in consultations with the Commonwealth Government on a range of federal industrial relations proposals, including the Fair Work Act.

More about the people and structure of DPC