Government invests significantly in the promotion of safe and responsible behaviour, to advise of service disruptions and to promote programs that help people stay safe and well. 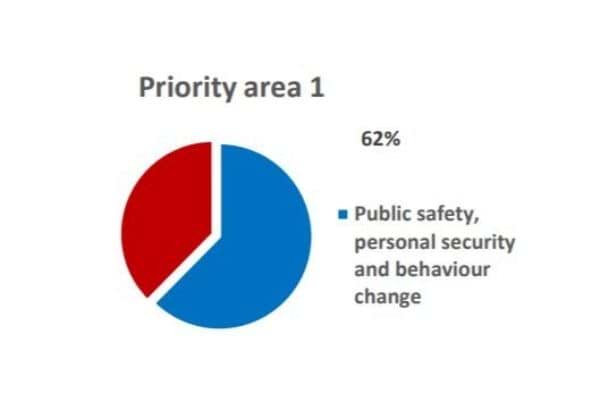 Continuing in 2019–20, the government provided information on major transport infrastructure projects, including road and rail projects in Melbourne and regional Victoria, such as Level Crossing Removals, Metro Tunnel, Suburban Road Upgrades and Regional Rail Projects. Advertising informed the public of disruptions and progress and promoted alternative transport arrangements during construction.

In 2019–20, the Transport Accident Commission (TAC) and WorkSafe Victoria continued to deliver critical safety messages to reduce the risk of deaths and/or injuries. Campaigns promoted responsible behaviour and practices and educated Victorians about how to stay safe on the roads and in the workplace. This included a new campaign from TAC highlighting mobile phone distractions and a new campaign from WorkSafe Victoria to support the introduction of workplace manslaughter laws for employers that risk the lives of workers.

To reduce harm and encourage a balanced perspective on gambling in the community, the Victorian Responsible Gambling Foundation continued to run campaigns to increase community and individual understanding of harm from gambling. This included challenging the normalisation of gambling in sport and the impact that stigma has on people’s willingness to seek help.

During 2019–20, the government continued its major, long-term initiative to prevent family violence. The program is supported by advertising intended to change behaviour through the ‘Respect Women: Call It Out’ campaign and a new campaign aimed at keeping older people safe from family abuse.